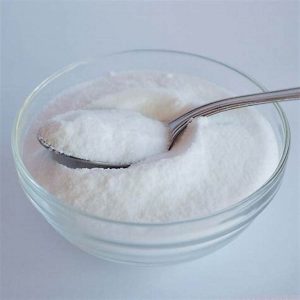 Alpha GPC powder, also known as Choline Alfoscerate and L-Alpha glycerylphosphorylcholine, is a component of PHOSPHATIDYLCHOLINES or LECITHINS, in which the two hydroxy groups of GLYCEROL are esterified with fatty acids. Choline Alfoscerate is a precursor in the biosynthesis of brain phospholipids and increases the bioavailability of choline in nervous tissue. Choline Alfoscerate is used in the treatment of Alzheimer’s Disease and other dementias.

Alpha GPC powder or Alpha Glycerylphosphorylcholine which is also sometimes referred to as Choline Alfoscerate, is one of the many variations of choline supplements available today. AlphaGPC is a popular and effective source of choline and has a unique property of crossing the blood brain barrier easily, thus delivering superior results faster. It is purified from soy lecithin and is considered to be one of the best choline sources available today.As a supplement, Alpha GPC nootropic ranks as one of the top supplements you can take for your brain. The Alpha GPC experience has shownin one of the controlled trials of a group of young adult males, daily doses of 1200 mg improved immediate memory recall and attention. In middle-aged and elderly person trials, supplementation improved reaction times. Other studies of older patients with vascular dementia, Alpha GPChelped improve cognition, and reduced confusion and apathy.

Studies have shown that Alpha GPC may have the following benefits:

Alpha GPC is found as a naturally occurring constituent of red meat products and organ tissue but for the most part is scarce in appreciable amounts in naturally occurring sources. Most supplements containing Alpha GPC are made synthetically, where it can be enzymatically created from egg or soy lecithin. Due to this synthesis and the source, it is sometimes referred to as a semisynthetic derivative of lecithin.

Alpha-GPC is a chemical released when a fatty acid found in soy and other plants breaks down. It is used as medicine.

In Europe alpha-GPC is a prescription medication for the treatment of Alzheimer’s disease. It is available in two forms; one is taken by mouth, and the other is given as a shot. In the United States alpha-GPC is onlyavailable as a dietary supplement, mostly in products promoted to improve memory.

Other uses for alpha-GPC include treatment of various kinds of dementia, stroke, and “mini-stroke” (transient ischemic attack, TIA). Alpha-GPC is also used for improving memory, thinking skills, and learning.

Be the first to review “Alpha GPC 99%” Cancel reply