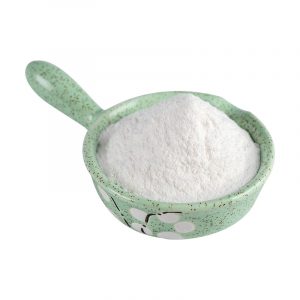 Superoxide dismutase is an antioxidant enzyme that’s found in all living cells within the body.

What is superoxide dismutase used for?

The enzyme works to speed up chemical reactions in the body, and it plays a critical role in reducing oxidative stress that’s associated with the formation of many life-threatening diseases.

Superoxide dismutase forms can be categorized into four groups, including copper-zinc-SOD, iron SOD, manganese superoxide dismutase and nickel SOD. These forms of the antioxidant enzyme are distributed throughout the body in different subcellular compartments.

Superoxide dismutase function depends on the form and its ability to absorb properly in the body. What are known as SOD1 and SOD2 are found in humans and other mammals, while SOD can also be found in plants.

The enzymes catalyze the conversion of superoxide, which is a reactive oxygen species that’s produced during aerobic respiration, the chemical reaction that transfers energy to our cells.

When antioxidant levels in the body are lower than those of free radicals, we face major health concerns. This can happen as a result of poor diet, ingesting too many toxins and aging.

We actually need free radicals for proper immune function. They are naturally produced as byproducts of cellular reactions, breathing oxygen and metabolizing foods and produced by the liver for detoxification and to destroy damaged cells, bacteria and viruses.

The problem with free radicals is that they are constantly looking to “react” with cells in order to steal one of their electrons. This makes cells that were well-functioning before now in need of a missing electron, which creates a chain reaction within the body and the production of even more free radicals.

In the end, an abundance of electron-hungry free radicals can destroy healthy cells and tissues, harming and aging the body over time.

This is often referred to as “oxidative stress,” and it occurs when the balance of antioxidants and free radicals in the body is disturbed. When antioxidant levels become too low, free radical levels increase and cause harm.

Research shows that superoxide dismutases play an important role in the antioxidant defense against oxidative stress in the body.

What does SOD do in the body?

According to the International Journal of Health Sciences, the enzyme can be used as a pharmaceutical in treating various diseases that result from oxidative stress. SOD is known as an antioxidant-based mimetic that may be the future of oxidative stress targeted therapies in chemoprevention, according to researchers.

When SOD levels were measured in patients with chronic inflammation, their enzyme activity was significantly lower when compared to healthy individuals. Researchers suggest new therapeutic possibilities that target superoxide dismutase antioxidant pathways so that pro-inflammatory responses can be limited.

An animal study conducted in the U.K. found that a reduction in SOD levels is associated with the earliest stages of osteoarthritis. The enzyme has shown to be down-regulated in osteoarthritis cartilage in both human and mouse models.

This may be due to elevated oxidative stress with decreased SOD levels, according to researchers.

Other studies have shown that the antioxidant benefits of SOD and vitamin E have an anti-inflammatory role in experimentally induced arthritis.

A study published in Free Radical Biology & Medicine indicates that high levels of SOD inhibit tumor growth and metastasis, indicating its role as a tumor suppressor.

A study published in Antioxidants & Redox Signaling suggests that dietary supplement-based superoxide dismutase for cancer prevention provides another opportunity for antioxidant-based cancer prevention. According to researchers, “new mechanistic studies have revealed that SOD inhibits not only oncogenic activity, but also subsequent metabolic shifts during early tumorigenesis.”

Superoxide dismutase creams and other personal care products are used to reduce free radical damage to the skin and lower signs of aging. SOD’s antioxidant effects boost the health and appearance of your skin, and it is often used to prevent wrinkles, fine lines and age spots.

Be the first to review “Superoxide dismutase SOD” Cancel reply