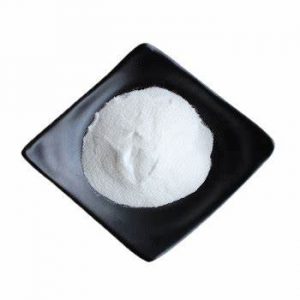 Stearoyl vanillylamide is an analog of Capsaicin, a naturally-occurring ingredient found in various species of hot peppers, to be exact, red peppers, which is primarily responsible for the spicy taste.

It enhances adrenaline and noradrenaline, hormones responsible for the activation of sympathetic bodily responses including metabolism. It promotes the burning of brown fat in the adipose tissues.

What are the benefits to use Stearoyl Vanillylamide? The inclusion of stearic acid amide has several advantages in the preparation of health supplements. As many studies are still ongoing, scientists are looking forward to discovering more of the benefits of using this compound. The following are some of the advantages which are known for using Stearoyl vanillylamide:

It effectively breaks down belly fat

Stearoyl vanillylamide acts as non-irritating capsaicin that can stimulate brown adipose tissue or brown fat (fat is mainly found in the mitochondria and produces heat in the body). Fat is found in all parts of the body, including the arms, thighs, abdomen and gluteal muscles. Although most people can quickly get rid of fat in other areas, burning belly fat is considered a real burden. Studies have shown that taking Stearoyl vanillylamide can help break down fats that are particularly located in the abdomen. This is achieved by activating TRPV1, an enzyme that prevents abdominal fat production and fat formation. Together with capsaicin, Stearoyl vanillylamide is considered to be one of the agents that target and activate TRPV1 (transient receptor potential vanilloid) located in the plasma membrane (except for endogenous ligands, inflammatory mediators and non-selective stimuli). Responsible for encoding an integral membrane protein as an ion channel. When TRPV1 is specifically activated on sensory fibers and non-neuronal cells, it will result in the influx of calcium and sodium, which is necessary for membrane depolarization (polarity transition; from negative to positive, leading to positive Positive effects) Cell function and its communication.

It acts as an anti-inflammatory agent

Although not fully confirmed, some studies have shown that Stearoyl vanillylamide may effectively reduce inflammation by activating TRPV1 and releasing adrenergic hormones. An increase in the levels of adrenaline and norepinephrine in the body easily promotes the function of the immune system, thereby healing and controlling inflammation more quickly. Also, when TRPV1 is activated, it can be considered as a therapeutic agent for inflammation. Further research indicates that capsaicin alleviates neurogenic inflammation, which makes it accessible recently.

It enhances the energy level

It may lower blood pressure

This study shows that the action of stearoyl vanillylamide is only carried out in mouse subjects and has not been carried out in humans. Experts believe that the compound may help lower blood pressure by causing peripheral vasodilation. However, this benefit remains to be further studied. Conclusion:

Some animal studies and experiments have shown its usefulness in humans, but there is still not enough evidence to prove that it and human trials are still in progress, but humans can better tolerate this because it has less compared to capsaicin. Irritating and cannot be taken because it is more annoying.

Stearoyl vanillylamide is a new product on the market, especially in supplements, which few diet companies use as ingredients. Instead, this ingredient is typically mixed with other ingredients specifically for fat burning and energy enhancers. It is usually safe to use stearoyl vanillylamide as long as a healthy person takes it within the dosage range recommended by the doctor.

Be the first to review “Stearoyl Vanillylamide” Cancel reply