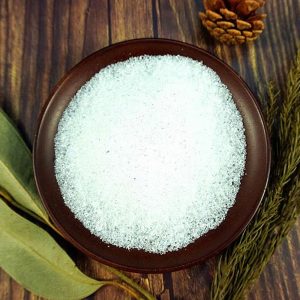 Beta-alanine is a well-known pre-workout supplement ingredient believed to prevent fatigue and exhaustion during sports and other high-intensity exercise activities. The compound is beneficial not only among athletes and bodybuilders but also among adults who are aiming to lose weight through workouts.

In the long run, experts say that Beta-Alanine may contribute to lean muscle mass growth and development as individuals who take the compound are observed to have improved performance during workouts.

Generally, the amino acid Beta-Alanine is taken in the pre-workout phase as it is intended to prevent the accumulation of lactic acid and subsequent acidification in the muscles through the muscle carnosine buffer mechanism. Taking Beta-Alanine powder supplements during or after workouts may not be quite beneficial as the acidification sought to be prevented has already set in.

With Beta-alanine supplementation, experts say that many individual users and customers have improved workouts as they do not experience rapid exhaustion and have enhanced endurance. Reviews also show that the intake of the compound may boost confidence, thereby improving chances that the weight loss and workout programs in which customers are enrolled will be completed. As a pre-workout supplement, Beta-alanine powder is also recommended for use among beginners.

The quality of workouts depends on various factors including mental focus. Hence, enhancing mental focus during training for sports and workouts may be very helpful in increasing exercise capacity.

One of the interesting mechanisms of Beta-alanine in improving exercise capacity is associated with its ability to increase Carnosine. Aside from controlling lactic acid accumulation in the muscles, experts explain that Carnosine is also an antioxidant. Hence, medical evidence suggests that increasing carnosine levels through Beta-alanine supplementation can contribute to the cleaning of circulating free radicals in the brain and body cells which are known to affect overall mental function. In effect, mental focus is enhanced with Beta-alanine supplementation and the quality of workout performances is improved.

Be the first to review “Beta Alanine” Cancel reply