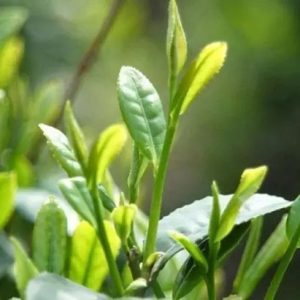 Among populations in China and Japan, where high amounts of green tea are consumed daily, cancer rates are statistically lower. There is now growing scientific research from reputable sources that shows promising results as to how the active ingredients in green tea might be responsible for lowering rates of various kinds of cancer.

Green tea extract is derived from leaves of camellia sinensis. It is associated with several health benefits, many supported by preliminary scientific research. This includes potential cancer-fighting properties, and a strong antioxidant effect that protects the body from the damaging effect of free radicals.

1.Tea Polyphenols-Polyphenols are most definitely antioxidants, which means that they can reduce the risk of developing coronary artery disease and a number of other health problems.

2.Catechins-It has been implicated in benefiting almost every organ system in the body.

These beneficial effects are seen in doses present both in green tea itself (as a drink) as well as from a supplemental form.

The biological benefits of EGCG are generally attributed to their antioxidant activity to scavenge free radical oxygen.

4.Caffeine-Caffeine is the world’s most widely consumed psychoactive drug. It boosts energy levels, improves digestion and heart function, and may also decrease the risk of type 2 diabetes, Parkinson’s disease, and various types of cancer.

5.L-theanine-L-theanine are promoted for their ability to promote relaxation, reduce stress, and improve sleep, as well as boost concentration and alertness. 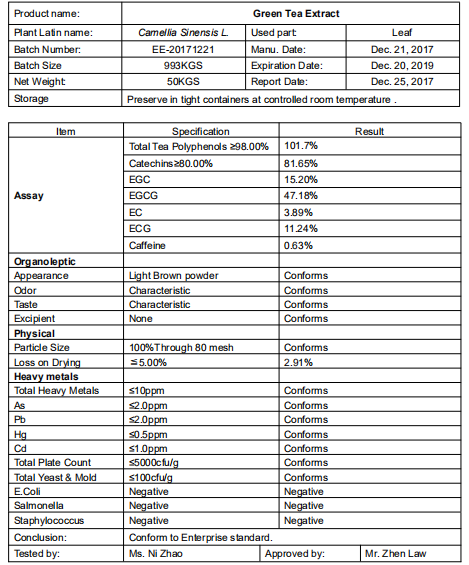