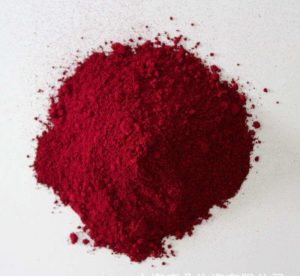 Clinical studies in humans have shown that PQQ

and reduces markers of inflammation,

as well as improving general feelings of well-being.

PQQ (pyrroloquinoline quinone) is a powerful nutrient with far-reaching effects in humans that was first identified in 1979 in microorganisms. It is found in many common foods and in human milk. PQQ is now thought to be an essential nutrient and has been proposed to be classified as a new B vitamin. PQQ is useful for neuronal health, especially for protect- ing against memory loss, has potent free-radical scavenging properties, and as a dietary constituent in many foods is thought to play an essential role in growth, energy, and reproduction in mammals and humans. Good food sources include kiwi, natto, tofu, green tea, green peppers, whisky, and mother’s milk. PQQ supplementation at levels higher than what is found in food has positive effects on cognitive function, immune status, antioxidant status, cardiovascular health, and neurological function.

Based on the observation that animal diets deficient in PQQ resulted in poor growth, low energy, and unsuccessful reproductive performance, it is thought PQQ has an essential nutrient role in the human body (Stites, 2000). Additional signs of deficiency observed in intentionally depleted diets were friable skin, hemorrhages, diverticulitis, a reduction in general fitness, reduced fertility, and defective immunity (Steinberg, 2003). In animal studies, severely affected mice had functional defects in connective tissues, decreased levels of the collagen-producing enzyme lysyl oxidase, and weakened skin collagen (Kumazawa, 1995). When PQQ is added to an artificial-nutrient-based diet, it improves growth- related variables in young mice.

The biochemical properties of PQQ are similar to vitamin C in its oxidation- reductive potential, to riboflavin in its redox effects, and to vitamin B6 as a coenzyme for carbonyl group chemistry. PQQ is at least 100 times more efficient than ascorbic acid, vitamin K, isoflavonoids, and polyphenols tested in various assays related to oxidation reduction recycling reactions (Stites, 2006). PQQ can generate redox cycling on a much smaller scale than normal vitamins or well-known antioxidants (Fluckiger, et al., 1993, 1995).

Neurological health
Research has shown that PQQ facilitates nerve regeneration and enhances nerve growth factor through its function as an ultrapotent antioxidant (Murase, He). By increasing the number and efficiency of mitochondria, PQQ helps brain cells function more efficiently.

The metabolic effects of PQQ were investigated with dosages ranging from 0 to 40 mg per day (Harris, 2013). Decreases in levels of C-reactive protein (CRP) of 10–40% on average occurred, though the pretreatment values were considered normal. CRP was dramatically lowered in male subjects by almost 90% on average. Plasma mDNA levels were elevated following treatment, indicating increases in mitochondria synthesis. The physiological responses from PQQ were with doses that were on average 30 mg per day or lower.

A placebo-controlled, double-blind, parallel study was undertaken to see how PQQ could improve memory and other measures of cognitive function in subjects ages 50 to 70 experiencing forgetfulness. Subjects took PQQ alone, PQQ with CoQ10, or placebo for 24 weeks (Koikeda, 2011). They were evaluated using a test assessment of neuropsychological status. The study found that PQQ taken either alone or with CoQ10 had the potential to prevent or even reverse cognitive decline. PQQ improved not only immediate memory but also other higher brain functions such as spatial awareness.

Seventeen adult male and female subjects participated in a clinical trial to evaluate the effectiveness of a 20-mg dose of PQQ on stress, fatigue, quality of life, and sleep. They ingested 20 mg of PQQ daily for 8 weeks. All six measures of vigor, fatigue, tension-anxiety, depression, anger-hostility, and confusion were significantly improved following PQQ administration compared with before use. Measures for quality of life, appetite, sleep, obsession, and pain also improved significantly. Significant improvement in sleepiness at awakening, sleep onset and maintenance, and sleep duration was found. The changes in these global scores were correlated with decreases in cortisol (Nakano, 2012).

Be the first to review “PQQ (pyrroloquinoline quinone)” Cancel reply